Clayton is well known for being a leading location for education for all ages from primary, secondary and higher education. With schools within walking distance from most streets within the area, Clayton poses an attractive destination for families with kids, local students and international students.

This year, Clayton South Primary School celebrates its 90th year anniversary. As we look back on this milestone, there is no better time to look at how far this ideal suburb has come, from agricultural heathland to the educational hub it is today.

Like its residents, the suburb has undergone a journey over the decades. It started as land for farmers in the 1850s and underwent a period of change in the 19th Century when a primary school, Clayton North Primary School, opened on the corner of Dandenong Road and Clayton Road in 1862.

1929 saw the opening of another school, Clayton South Primary School, to service the farming community, as records from the time, show that the commute from home to school could reach up to 8 kilometres for some families in the area. This development changed the lives of many households, whose children made difficult journeys through untamed paddocks and rural areas. 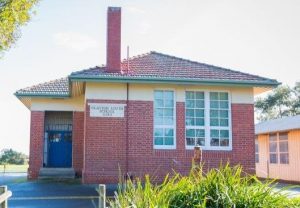 The 1960s brought in an era of urbanisation and a focus on industry, transportation, education and residential growth, leading to the opening of Westall primary school, Westall secondary college and other schools in the area.

A culturally diverse area, Clayton has a growing population from various backgrounds and is home to young people and families with future generations of thinkers, doers, and innovators.

Long gone are the days of children trekking miles through swampy terrain to receive an education, with a wide range of schools available in 2019 to go along with its accessible transportation options.

We have listed some popular educational institutions in Clayton and surrounds for anyone looking or wanting to learn more.

Popular primary schools in and around Clayton:

Popular secondary education (high schools) in and around Clayton:

Higher education in and around Clayton:

Invest in a bright and promising future for you and your family. Contact our real estate agency First National Clayton JXRE on 9975 7888 or visit our offices.